This is my contribution JFI-Banana Event, Mandira is hosting it this month. This was started by Indira of Mahanandi. Step 3: Wash the urad dal and curry leaves. Cut the green chillies in to small pieces. Step 4: Heat the oil in pan and mustards seeds and hing in it. Step 6: After that turn the flame law and add bananas pieces. Step 7: Mix well and cook on law flame and stirring in between. Cook for 5-7 minutes after that they become soft. Step 8: Turn off the flame and serve in serving bowl. Lakshimik from “Veggie Cuisine ”. My dear friend Asha is host this event in September. This is beautiful logo for this event. Is it plantain, or the regular banana raw? I didn't know raw banana would cook without adding water. The recipe sounds good. :)

Kajal, thank you so much for the beautiful entry.We call Plantains as Balekai in Kannada and I made one dish for JFI too.Your's looks delicious and B'lore pics are beautiful too.I will take it for RCI K.Hugs.Have a great day!:))

the raw banana curry looks yummy, my MIL makes it the same way and I love it. Thank you for your entry -- Mandira

A very nice and simple banana sabji for JFI. I too make this often... this is a very common dish in tamilnadu cuisine. We also add dried red chillies instead of green chillies and some freshly grated coconut at the end.

Your blog looks soo lovely and pretty Kajal..So does the curry..Simple and good!!:)

I like this ideaof dry plantain curry, will try it sometime!

i normally add water to the banana to cook. this looks interesting! nice entry :)

It is regular raw banana. If your add water than it’s become much soft and this is crispy. I like crispy taste so I cook in this style. Thanks for your nice words. Good day.:)

You will take snaps of B’lore my dear. So this is known as Balekai.......thanks for this information. Have a nice day.:))))

Thanks for your cute words.
Good Day.:)

Happy Ganesh Chaturthi my dear. Thanks for your polite words.:)))

Change your photo my dear........Looking nice.
Thanks for your wonderful words.:))

Green bananas cooked in any dish I love and yours is no exception.

Thanks for your nice words. Good day.:)

Hi Sharmi,
Thank you my dear.:)

Nice pictures of glass house Kajal! Do you live in Bangalore?
I live in Bangalore and I posted Independence day pictures in my blog!
Balekai curry is looking yummy!
I liked the triangular parotas! Thats how I always make at home!

Hi Latha Narasimhan,
Thanks for your lovely words my dear. I am not living at Bangalore. We meet if I will visit at Bangalore. I will tell you if I will plan to come there my dear.:)

Kajal, nice banana curry, u know I love this and can eat it without any sidedish like rice or chapati...:)

wow gal u have heck loads of mouth watering recipes in ur blog :)btw I loved ur blog skin and I had the same blog skin few days back..its really refreshing..i loved ur milk chocolate..looking as if it will melt in the mouth :)

Thanks for your nice appreciation.

This post is worth everyone's attention. How can I find out more?

Hi there! Would you mind if I share your blog with my myspace group?
There's a lot of folks that I think would really enjoy your content. Please let me know. Thanks

It's nearly impossible to find well-informed people in this particular topic, but you sound like you know what you're talking
about! Thanks

Pretty! This has been an incredibly wonderful post. Thank
you for supplying these details.

Feel free to surf to my blog post ... daytime tv 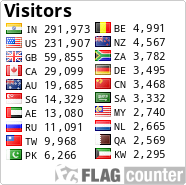 This is a Flickr badge showing public photos from kajalkpatel. Make your own badge here.

When God puts a tear in your eye, it's because He wants to put a rainbow in your heart.

My all Blog Friends

From Mina the Princess gives me nice AWARD..Thank you dear :)